Aug 25: An Evening of Classic Broadway hosted by Brad Ellis - Upstairs at Vitello's 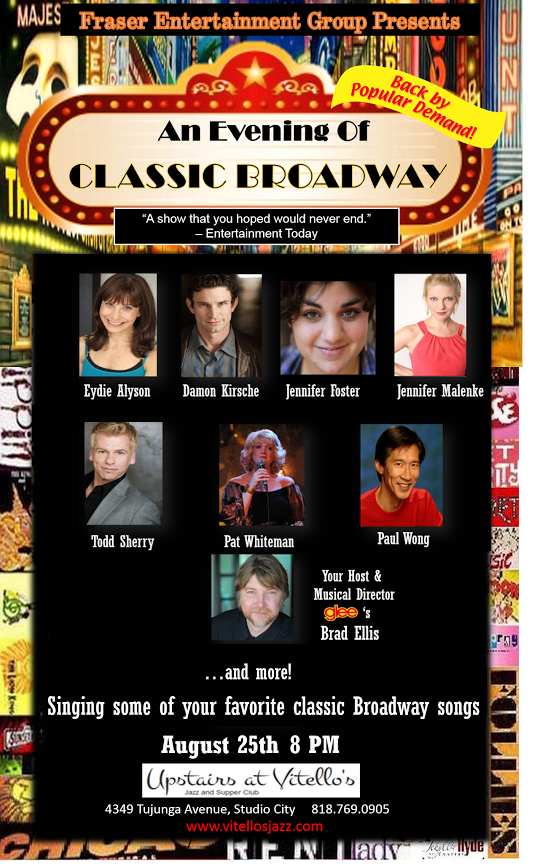 Brad and I will present a new medley of "The Songs Forty-Second Street," (tunes Warren and Dubin wrote for Warner Brothers Pictures about Broadway in the '30s, but which didn't appear on the Great White Way until 1980), as well as a Jerry Herman rarity, "The Antique Man," (from the revue PARADE, 1960) in an arrangement I first presented with the Fred Barton Orchestra at the American Showstoppers: Jerry Herman concert in 2013 (video link: "Damon Kirsche and the Fred Barton Orchestra present Jerry Herman's "The Antique Man," from PARADE, 1960).")

Long regarded as one of the most respected and sought after composers, arrangers, and musical directors in the Broadway community, Brad Ellis is currently enjoying a newfound fame as the on-camera pianist on the hit television series Glee. Lately, he has been traveling the world with Matthew Morrison as Musical Director for Matthew’s solo show.