Kritzerland at Sterling’s Upstairs at The Federal presents
Just in Time:
The Songs of Comden and Green
SUNDAY, APRIL 7, 2013 — 7:00 pm 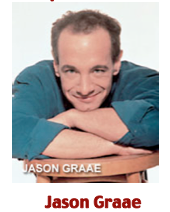 Jason Graae (Broadway: A Grand Night for Singing, Falsettos, Stardust, Snoopy! Off-Broadway: Forever Plaid, Olympus on My Mind, All in the Timing, Hello Muddah, Hello Fadduh (Drama Desk Nomination, Best Actor in a Musical. PBS: Guest soloist with the Boston Pops and once with Marvin Hamlisch and the National Symphony, his voice appears on more than 40 CDs). Movies, TV, Los Angeles Opera, he does it all.)

"Our April 2013 Kritzerland at Sterling’s, our 32nd show, features the songs of the legendary Comden and Green, or Betty and Adolph as they liked to be called. Producer Bruce Kimmel recorded and released a lot of their music, from a Sally Mayes solo album, devoted to them, to the revival cast recording of Bells Are Ringing, to reissues of A Doll’s Life and Subways are for Sleeping.
Comden and Green burst on the Broadway scene with On The Town and after that auspicious debut they wrote an amazing array of Broadway musicals, including Wonderful Town, Peter Pan, Bells Are Ringing, Subways are for Sleeping, Do Re Mi, Fade Out - Fade In, Hallelujah, Baby, On the Twentieth Century, and The Will Rogers Follies. They also wrote the MGM musical, It’s Always Fair Weather, and provided the screenplays for some pretty amazing MGM musicals, including Good News, The Barkleys of Broadway, The Band Wagon and, of course, perhaps the greatest MGM musical of them all – Singin’ in the Rain. They worked with amazing composers – Leonard Bernstein, Jule Styne, Andre Previn, and Cy Coleman, and gave the world such incredible standards as “New York, New York,” “The Party’s Over,” “Just in Time,” “Make Someone Happy,” “I Can Cook, Too,” “Never Never Land,” “Long Before I Knew You,” and many, many others.
We have a great cast for this show, along with the always-amazing Jason Graae, our guest star. There’s even a rumor that Guy Haines may make an appearance. So, join us for a celebration of Comden and Green and some of their most beloved songs – as always with a Kritzerland show, you’ll get the classics along with some lesser-known gems." 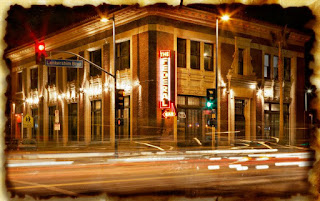 
The Federal Bar is adjacent to the El Portal Theatre.


The North Hollywood Stations for the Metrolink Red Line and Orange Line are directly across the street, north of Chandler on Lankershim. Parking is available – entrance for Federal lot is on Weddington Street (directly behind the building) at $3.50. There is also available street parking.

For more information visit Sterling’s Upstairs at The Federal.

“If you have never experienced a Kritzerland show, you do not know what you are missing. Forever humorous Bruce Kimmel presents a dazzling array of talent singing some very precious material. And there are always surprises.” — Don Grigware, Broadway World

“Once again the inimitable Bruce Kimmel has brought together a group of superior singers to present an informative, delightful, musically satisfying evening of song.” — Robert Machray, Stage Happenings
Posted by Unknown at 7:03 AM