Feb. 2: All The Things You Are: The Songs of Jerome Kern at The Federal

Kritzerland at Sterling’s presents
All The Things You Are:
The Songs of Jerome Kern
Produced and Hosted by Bruce Kimmel, co-produced by Adryan Russ, with John Boswell, Music Director

Monday, February 2, 2015 at 7:00 PM
at The Federal Bar
5303 Lankershim Blvd in the NoHo Arts District
Sterling’s at The Federal

For more information, visit: Sterling’s Upstairs at The Federal 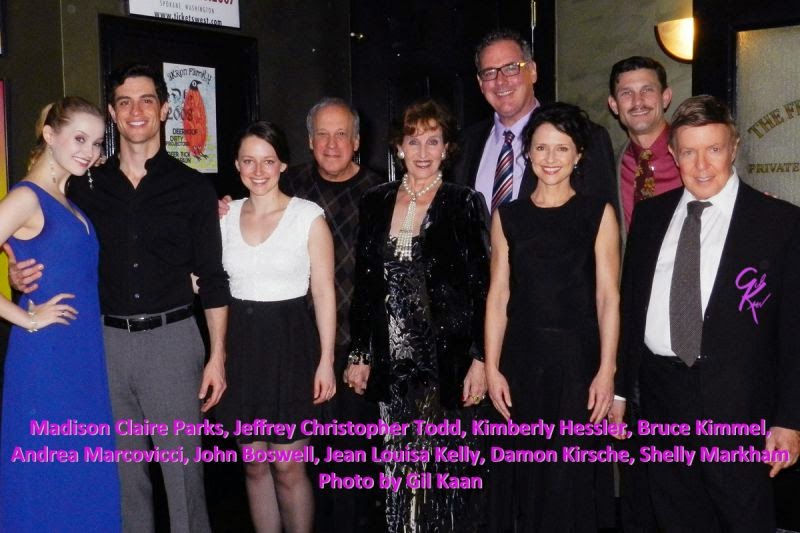 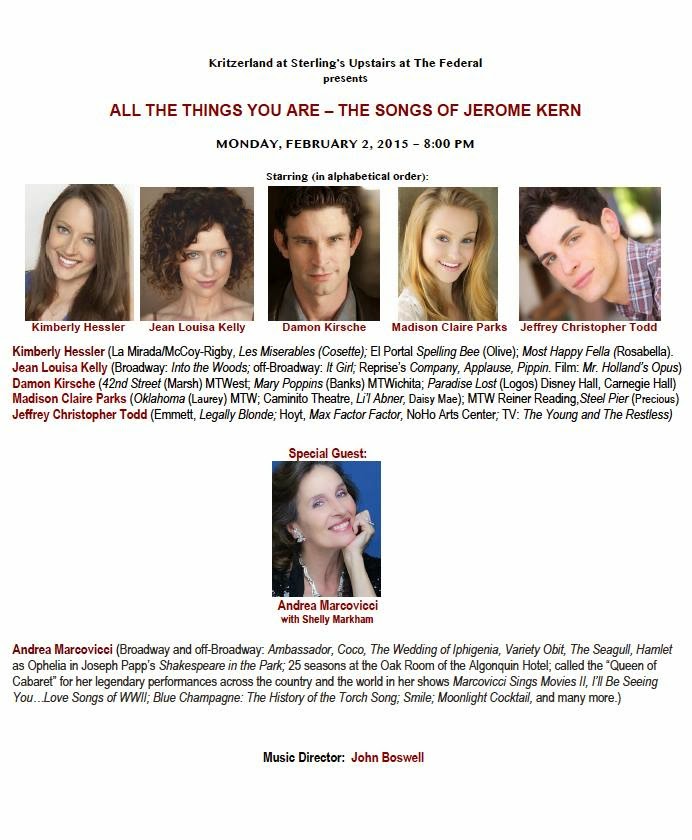 “Kirsche showed all who was in command of the tongue-twisting "Bungalow in Quogue." He also perfectly closed the show with his simple "I Won't Dance/Never Gonna Dance." Very nice!” - Gil Kaan, BroadwayWorld