UPDATE: We received a great review from Don Grigware at BroadwayWorld.com. 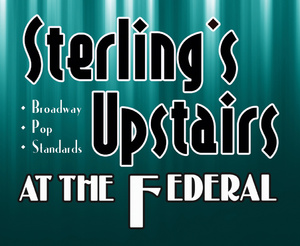 “If you have never experienced a Kritzerland show, you do not know what you are missing. Forever humorous Bruce Kimmel presents a dazzling array of talent singing some very precious material. And there are always surprises.”
— Don Grigware, Broadway World

Our show for May is kind of a put-together of Bruce Kimmel’s Broadway Bound CD (New Writers for the Musical Theatre) mixed with some songs by composers and lyricists who, while having written shows that made it to Broadway, never quite got in the front rank of musical theatre writers. These unsung songwriters have written some pretty terrific stuff, so we’re happy to resurrect some of their wonderful songs. It’s an evening of songs you probably haven’t heard before, along with a couple of songs that actually became hits but were from unsuccessful shows. It’s the kind of show Kritzerland loves to do, so come on down and hear some absolutely brilliant material delivered by a stellar cast.

The Federal Bar is adjacent to the El Portal Theatre.
The North Hollywood Stations for the Metrolink Red Line and Orange Line are directly across the street, north of Chandler on Lankershim. Parking is available – entrance for Federal lot is on Weddington Street (directly behind the building).