May 18: Up, with a Twist – 1 Year Anniversary at Rockwell Stage and Table 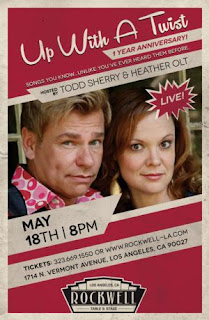 Up, With A Twist
1 Year Anniversary!
Songs you know, unlike you ever heard them before
Hosted by Todd Sherry and Heather Olt

"Singing duo Todd Sherry and Heather Olt are proud to announce the one year anniversary of their hit show, Up, With a Twist at Rockwell Table & Stage on Monday, May 18, 2015!
Todd & Heather welcome you into their martini-filled world, as they invite their celebrity friends to put a "twist" on some of your favorite tunes for their big ONE YEAR ANNIVERSARY show!” Read more at Broadway World.com. 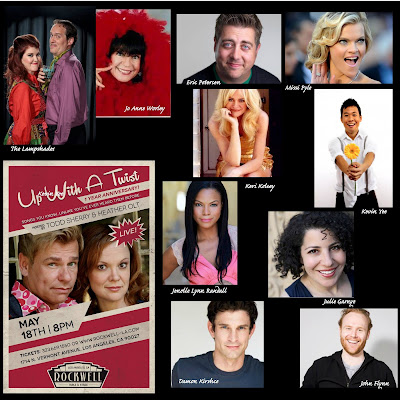