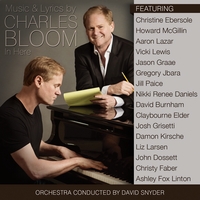 The CD is available for purchase at Charles Bloom's website (where you can listen to excerpts from his diverse range of compositions), cdbaby.com, amazon.com and through iTunes.

Check out photos from the release party at BroadwayWorld.com.