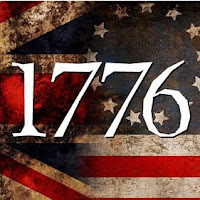 Tomorrow I begin rehearsals for 1776, the Tony Award-winning musical which dramatizes the events leading to the signing of the Declaration of Independence. A crackling masterwork filled with humor, romance and history that the NY Post called, "brilliant and remarkably moving."

For tickets and further information, visit the Musical Theatre West site.
Posted by Unknown at 7:17 AM